Understanding the anatomy a bow is the most important task for any Archer. From the day you start using a bow, you need to know the different parts of bow and how they work. It is in fact more of a bliss to know them before you start using the bow.

Below is the diagram of a complete recurve bow. 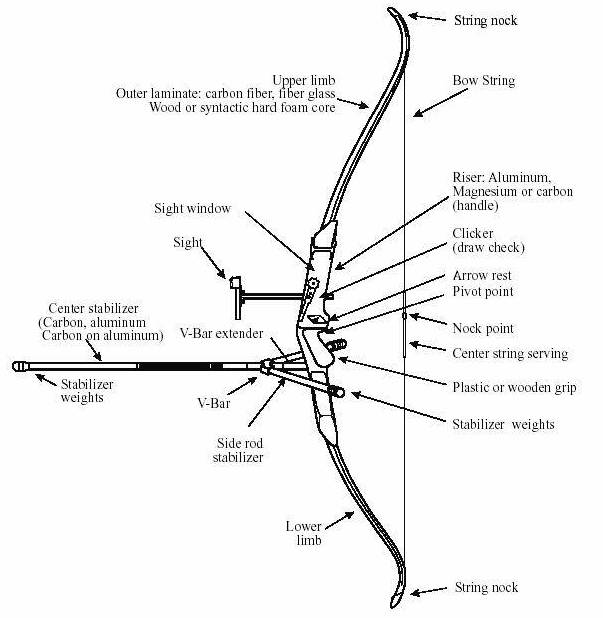 Now lets see different parts of a bow one by one

Riser : It is the middle part of a bow which is used to hold the bow. It also has the mechanism through which the limbs are held tightly. The other ends of limbs have grooves for the string to sit on firmly.
It is very important you select the riser carefully as it is the one that accommodates limbs, mono  rods, plunger and the sight without which there will be a lower accuracy in shooting. 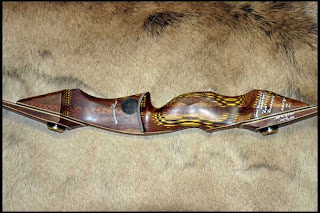 Limbs : They are the one to take the maximum stress and bending in the bow. Weak limbs may result in reduced kinetic energy and increases their susceptibility to break and thus cause major injuries especially to the face. Limbs are made of polymers, carbon or even metals. Select the one that suits you the best in terms of pulling power, weight and price.

String : The source of all energy for a bow. Although the string doesnt break easily, it is more prone to being damaged by rubbing and improper handling. It should be maintained by frequent waxing. The length of string too plays a major role in the tightness of a bow and the power. String can be custom made or bought from a company.

Arrow rest : It is designed for perfect placement of arrow with respect to the sight, archer's eye and the target. It has the ability of flexibility to that the fletches of arrow do not damage. It has only two degrees of freedom.It should be glued to the bow.

Clicker : It helps to hold the arrow steadily. Since the shooting scenarios may change during unexpected weather conditions, it is better to keep the arrow firm in its place. Clicker does the job for us. It holds the arrow and one must keep pulling the string and once the clicker clicks, the arrow must be released without any delay for improved accuracy.For using clicker, the arrows must be cut upto you 'draw length'. 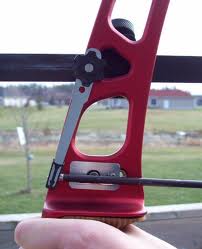 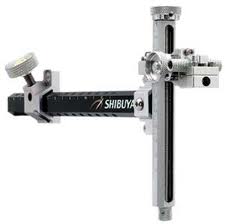 Mono rods : Because you pull the string backwards so hard before release, it is possible that the bow may bend slightly after release before the arrow has took off completely. This results in missed targets. For this purpose, we use mono rods (or) stabilizers to stabilize the bow and to prevent if from turning. Weights, if needed can be added to the end of the rob for better stabilization.
Side bars : They act as extension bars to mono rod. In the above picture, the side bars can be seen clearly.

Nock point : This is where you insert the nock of the arrow and get ready for shooting. It is made separately using a special thread and is slightly thicker than the nock and fits when the nock is inserted completely.

These are the important parts you should know of a recurve bow. Once you get familiar with these parts, you will know the importance of them in shooting.
Posted by Teja lakshman at 00:54 14 comments:

IT IS ONE OF THE ATP WORLD TOUR EVENT .THE TOURNMENT TAKES PLACE IN SWITZERLANDIN CITY NAMED BASEL WHICH IS THE THIRD MOST POPULOUS CITY IN THE SWITZERLAND TOURNMENT STARTS FROM OCTOBER 20-28. 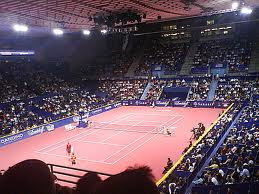 Many of us might be actually interested in archery, especially when it comes to the point that we have to hit the 'X' which is about 70 mts away from you. To hit it, we need lots of concentration, strength, eye power and energy. But we do need the sufficient gear to make this happen. So, now lets see the types of bows we have.

There are three types of bows.
Indian : This is the basic bow that need to mastered before you go to Recurve/Compound. This bow is made of wood/bamboo. The limbs are made of bamboo and the riser is made of wood. This bow has low poundage and is the best to start with as the technique can be learnt much more easily. The string can be of company or custom made. The maximum distance you can hit with Indian round is 50 mts. Although the arrow can go upto 100 mts, it is advisable to practice only 50 mts. Even the competition too allows only 50 mts.
The drawback is that you can to only national level with this bow. Indian bow doesnt have International competitors. If you want to play International match (like Asian game, olympics) you must not stick to this bow. Use this for initial practice and once you learn the technique, go to Recurve/Compound.

Recurve : This bow is advanced Indian bow. It works like Indian bow except the fact that the limbs, risers etc are made from polymers, metals, carbon etc. This is the only bow that can take you to Olympics. Mastering this bow needs lot of strength and energy. It is best to start this bow from 10 mts distance. By adjusting the sight, you have to go to 20, 30, 50, 70 and 90 mts if you want. Each distance must be practiced for atleast 2 weeks before going to next one. The target of this bow is placed 70 mts away in Olympics.

This bow is manufactured by Hoyt, Win&Win, SF Archery etc.

Compound : The most advanced of all bows. This bow is a metaphor of the latest technology. it is designed to reduce the effort of man after the full draw so that aiming can be easy.There are two cams on either end of the bow which helps in reducing the effort. This is bow is made to hit the targets which are at distance of 50 mts
The drawback is that you need lots of accessories which means you need to spend a lot more than what you would for other bows. Also you need a special mechanical releaser to release the arrows with which you may miss the feel of release that you will be having with Recurce/Indian bows.

The best compound bow you can buy is made by HOYT. Dont miss that.
Posted by Teja lakshman at 23:28 1 comment: